Shahid Kapoor throws himself into the role, unafraid to come off as unlikeable. There are moments when he commands the screen. But the character is unlikeable, his actions are deplorable, and by the time we’re meant to forgive him it’s too little too late. It’s impossible that you won’t feel sorry for Kiara Advani’s Preeti, but the character offers the actress little to work with.Kabir Singh is an unmistakably misogynistic film, but the sad part is that it’s exactly these troubling portions that the filmmakers peddle as intense love. Even more sad is that there will be many who’ll buy into it.

Not the typical romantic saga. Unconventional, but powerful. Shahid is outstanding, career-best act. Kiara is lovely. Director Sandeep is an incredible storyteller. Overstretched runtime is a deterrent.

The film is a remake of Telugu super-hit Arjun Reddy. The story and screenplay are penned by Sandeep Reddy Vanga and they are both excellent. The story about an obsessive lover is so arresting that it consumes the audience completely. On the whole, Kabir Singh is a surefire hit. The script is supremely powerful, the performances are splendid, and the narration is terrific. This one will definitely join the Rs. 100-crore club and it has very bright chances of crossing the Rs. 175-crore mark and, maybe, even joining the Rs. 200-crore club.

Director Sandeep Reddy Vanga, remaking his Telugu hit Arjun Reddy, gives us a character who nearly rapes a woman at knife-point, and later pees his pants. This is not traditionally heroic behaviour, which is why I assumed Vanga was making a cautionary tale. Instead, Kabir Singh actually applauds its pathetic protagonist, and ends up an obnoxious celebration of toxic masculinity.

Every shot, every scene, every camera angle and every line from Arjun Reddy is replicated in Kabir Singh, leaving one wondering why the director felt the need to mount a separate Hindi version in the first place when all that he has done is give us the same film all over again with merely the language and setting changed for the benefit of a pan-Indian audience. He could have well dubbed Arjun Reddy and re-released it nationwide.In any case, Kabir Singh is a hugely problematic film.

To watch a character like Kabir Singh do this thing for nearly three hours places the viewer squarely into a place of conflict. Here’s a fellow who thinks going through life yelling, shouting, snorting-and-drinking on the job, assuaging his raging libido with crass directness, basically being a sexist we-will-not-use-the-word-that-follows-naturally-here, is an acceptable thing.

The remake stays mostly true to the original. However, the original had better chemistry between the lead actors, hence the love story seemed more effective. While Kabir Singh is a welcome change from stereotypical love stories, this kind of love affair needs some getting used to. Through his protagonist, Sandeep bets all his cards on his leading man, making sure you either love him or hate him, but you can’t ignore him.

In this film, relationships come across as a blood sport where the risk of injury is high and only the strongest screw-up will survive. ‘Kabir Singh’ is truly the survival of the despicable. Their collective action — when they break up — is a crash course on self-flagellation. It’s also a much-needed departure from the usual syrupy Bollywood love stories that showcase grand gestures.Put a ring on ‘Kabir Sigh’ if you are in the mood for watching a love story that’s wonderfully wicked and warped.

Kabir Singh is a good watch mainly because of how well the main character is balanced by Shahid Kapoor. Vanga doesn’t lose sight of the journey and doesn’t forget that amidst all the existentialist dilemmas and song placements, he’s telling a modern tale of a toxic male which cannot be justified but has to be told in an entertaining, compelling way. And that it does!

Although Sandeep Vanga does a scene-by-scene adaptation of Arjun Reddy in Kabir Singh, the new take fails to be as impactful as the original. The former also had a long run time, but as a viewer, we didn’t mind it as the characters, sequences and emotions were raw. At 2 hours 52 minutes, Kabir Singh works only because of our leading man, Shahid Kapoor. He breathes life into the character of Kabir Singh and showcases a range of emotions from passion, hatred and rage bordering on lunacy. Kabir Singh will definitely click with the youngsters.

A house surgeon goes into a self-destructive spiral after his girlfriend is forced to marry another man. 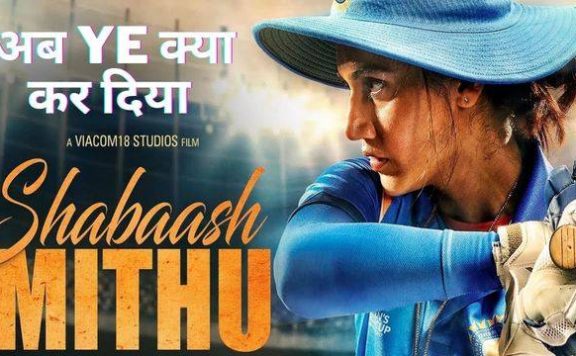 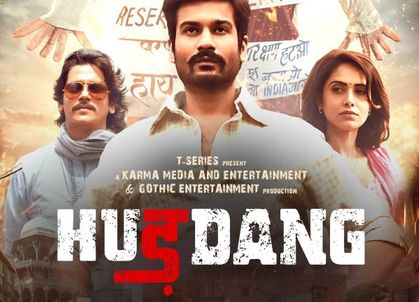