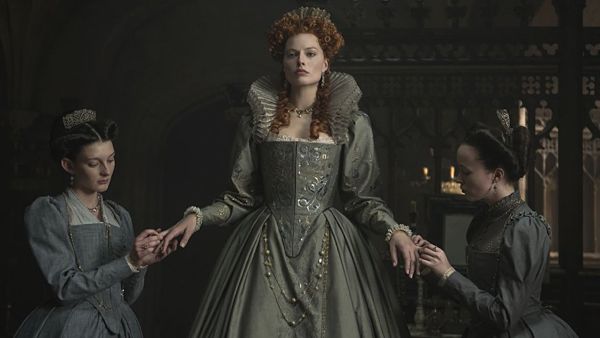 I’m not sure why historical subjects cause directors to make long films. Last week, we saw the nearly three-hour-long Manikarnika: The Queen Of Jhansi. This one is two but feels longer. So it does require patience. But there is enough juice here to keep you hooked. I’m going with three stars.

In the end, the film’s intended impact is severely hampered by clunky pacing and a convoluted plot that fails to engage. ‘Mary Queen of the Scots’ has a timely premise with a lot to say about toxic masculinity and women empowerment but never gets around to it, despite its brief sparks of brilliance that quickly die out before catching fire.

Visually the period is well-captured with grand costumes and production designs. The frequent views of unspoiled Scottish scenery keep the screen vibrant and with aesthetic lighting in the interior shots every frame appears mesmerising. Overall, by the end, despite its dramatically truncated effect, the film appears like any other traditional, historical melodrama.

A handsomely mounted but somewhat sluggish historical drama, Mary Queen of Scots recounts the oft-told tale of the fierce rivalry between these two royals in 16th-century England.

Queen of France at 16 and widowed at 18, Mary Stuart defies pressure to remarry. Instead, she returns to her native Scotland to reclaim her rightful throne. However, Scotland and England fall under the rule of the compelling Elizabeth I. Each young Queen beholds her sister in fear and fascination. Rivals in power and in love, and female regents in a masculine world, the two must decide how to play the game of marriage versus independence.