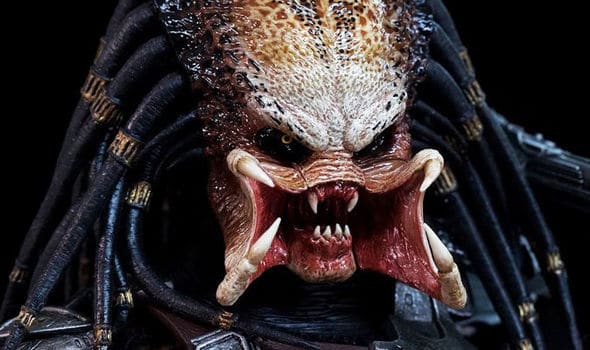 : Director Shane Black is eager to address why anyone should pay to watch yet another foray into the ‘Predator’ franchise and wastes no time to jump into the thick of the action. He grabs your attention from the opening frames and doesn’t let go till the very end. The pace moves at a breakneck speed, and even the necessary exposition has a thick layer of humour slathered on it.

This time, the formulaic script gets a motley crew of seven misfits together and pits them against the genetically modified ET. The massive monster must battle its human stalkers and rogue fellow predators too. The director has clearly had a good time orchestrating all the gunplay and testosterone-fuelled mayhem that follow; bodies pile up. Boisterous banter and mangy alien dogs are thrown in for good measure.

It is simply tough to get over the chaotic and gory nature of the film, especially when it extends to the action. There are scenes in the Predator that appear brilliant with gore, action beats, but those moments are juxtaposed with confusing, locales and turn-of events. While the plot is exciting and challenging, the glaring plot holes along with the Predator’s vague and unclear motive are what probably leave the audience desirous of a meaningful fulfilment. Overall, while the film is astutely mounted with right doses of brilliance from every department, the film fails to get you invested in its characters or its storyline.

From the outer reaches of space to the small-town streets of suburbia, the hunt comes home. The universe’s most lethal hunters are stronger, smarter and deadlier than ever before, having genetically upgraded themselves with DNA from other species. When a boy accidentally triggers their return to Earth, only a ragtag crew of ex-soldiers and an evolutionary biologist can prevent the end of the human race.