On the whole, Mulk is a purposeful entertainer and has the potential to do fair business but its dull start and the dual oppositions of Fanney Khan and Karwaan this week will tell on its business. The critical acclaim it wins will be far more rewarding than the box-office revenues. Collections should definitely pick up by positive mouth publicity.

Any film that does not demonize, that talks of peace and brotherhood, in these dark, cynical times, is to be lauded. Mulk is Anubhav Sinha’s best film, and it concerns us all. It makes me want to cheer. Out loud.

As if to rival the ‘No is a sentence’ rhetoric of PINK, Anubhav Sinha, in Mulk, presents an ‘Us Vs Them’ monologue that wants to scream at those who see Muslims as ‘the other’ — those in the courtroom who laugh deliriously when Ashutosh Rana attacks the community with incessant racial slurs.

Shot in the bylanes of small town India, the film captures the milieu it is set in aptly. The music is the weakest link and the soaring and melodramatic background score in some portions is distracting. Mulk focusses on some hard-hitting and burning issues, while also highlighting the crucial role that the media and various other channels of information play in disseminating the right news and facts to its citizens. It also brings to fore the other faces of terrorism which often gets brushed under the carpet.

At the heart Mulk is a fearless spirit that is a far cry from the abject timidity of Bollywood, an industry that believes in upholding the status quo even if it threatens to endanger the precious pluralistic ethos that lies at the foundation of this vast nation. In making its extremely timely statement, this film allows itself to lean a tad towards conventional melodrama. But it makes its point with such force that it is difficult not to be impressed. Go watch Mulk for its stout-hearted espousal of sanity. It isn’t often that Bollywood shows such spine.

First of all, it is very hard to believe that Anubhav Sinha whose earlier credits include fluff stuff like Tum Bin and Ra.One, has actually created this modern political masterpiece which attempts very successfully to humanise a community that has been demonised by some negative elements. And yet Mulk doesn’t take sides, doesn’t make the Indian Muslim community a portrait of injured innocence. What it does do, and full-marks to Anubhav Sinha for writing a script that doesn’t bend backwards to humanise the community under siege, is to lay bare the layers of deception that mars a truly fruitful dialogue between sane rational elements in both the Hindu and Muslim community.

On the whole, MULK is a hard hitting and exhilarating saga that effectively talks about some of the burning issues of our country. At the box office, it has the potential to grow thanks to the positive word of mouth and thereby emerge as the dark horse of the year! Recommended!

Watch or Not?: Even if you haven’t watched a single movie at a theatre throughout your lifetime, make sure this is your first.

Based on a real-life story, Mulk revolves around the struggles of a Muslim joint family from a small town in India, who fight to reclaim their honour after a member of their family takes to terrorism. 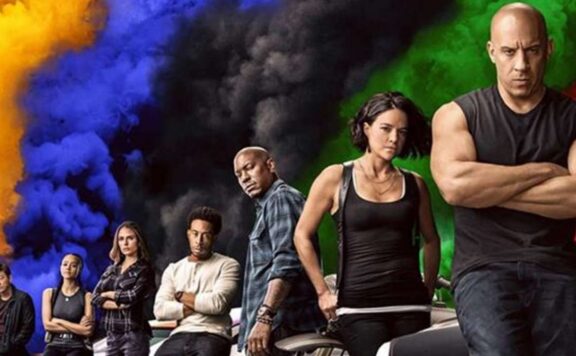