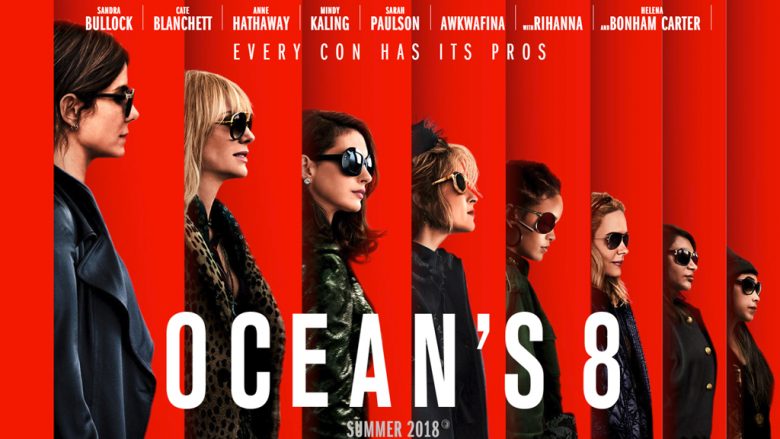 As tends to be the case with such films, there’s more fun in the planning than in the actual heist itself, and while you will roll your eyes plenty at just how conveniently these ladies bypass major obstacles, it all moves so briskly there’s no time to pause and ponder. Ocean’s 8 is enjoyable, not least because these are some of the most talented, gorgeous women turning on the charm. Sometimes that’s all you need for a good time at the movies. Go in with moderate expectations, and chances are you’ll come out smiling. I’m going with three out of five.

There are countless films devoted to male criminals being cool and there is a great pleasure in seeing women own the swagger of these parts. I also enjoyed the clothes and jewels and dizzying glamour – the likes of Anna Wintour, Serena Williams, Heidi Klum and Katie Holmes do cameos. But Ocean’s 8 just doesn’t pop enough. There are a few fun moments – in one scene, Constance sees a photo of Danny – George Clooney – and tells Debbie that her brother’s hot. But there isn’t enough camaraderie or charm or lightness of being.You remember that electric first poster for Ocean’s 8? It came with the memorable tag line – Every Con has its Pros. This film barely delivers on the promise of that.

Ocean’s 8’ drops all the men in favour of a scintillating cast of women. The new all-women setup puts a fresh perspective on this heist franchise. As you’d expect from an ‘Ocean’s’ movie, this film has some great set pieces on planning the robbery. Because the film’s central characters are all women, their conversations mix the usual hustle talk with fashion, shopping and style related subjects and that makes things interesting. While they do talk about men too, thankfully it doesn’t go over-the-top with the bashing or swooning. The girls stay focussed on their task at hand, to pull off the heist in the smartest of fashion. The film has the same busy and slick feel of Steven Soderbergh’s movies with George Clooney; it’s just as funny and engaging too. But it’s not as smart or detailed as those films. In an attempt to pull off the twists, the film takes a few cinematic liberties.

There is such a thing as ‘safe filmmaking’ and Ocean’s 8 is pretty much the new brand ambassador of this kind of cinema. It does not necessarily mean that it is a bad film – it is in fact fairly entertaining – but also predictable and formulaic. One wishes it were more than just that considering its sprawling cast and franchise potential.

A bland story can give only so much wiggle room even when you have Oscar-winning stars leading the film. Watch it once, or wait for streaming or Blu- Ray’s to come out. You are not missing much.

Eleven years after Danny Ocean (George Clooney) and his criminal cronies called it a day, Sandra Bullock and a band of glamorous grifters enter the fray to pull off a near-impossible jewellery heist. This is meant to be a kind of turning-point film. It isn’t. It offers nothing new, other than the gender of the ensemble star cast. Sandra Bullock and her sisterhood appear to be having the time of their lives. I’m not so sure we can say the same for the audience.

However, the film does manage to pick up pace and get more exciting in the second half when they pull off the heist. The editing is crisper, transitions feel sleeker and the ultimate twist is indeed impressive. And this twists the knife in even more cruelly for Gary Ross did have a worthy idea but failed to bring it to fruition. Ocean’s 8 is nowhere as wholesome as the fans had imagined it to be. So am I still up for all-female reboots? Definitely, as long as they have a director — male or female – who can bring them to life.

Debbie Ocean, the younger sister of the late Danny Ocean, is paroled from prison, and hunts down her former partner-in-crime Lou to convince her to join her heist that she planned while serving her sentence. Debbie and Lou assemble the rest of their team: Rose Weil, a disgraced fashion designer who is deeply in debt; Amita, a jewelry maker and friend of Debbie’s who is eager to move out of her mother’s house and start her own life; Nine Ball, a skilled computer cracker; Constance, a street hustler and pickpocket; and Tammy, another one of Debbie’s friends who has secretly been selling stolen goods out of the garage of her family’s suburban home. 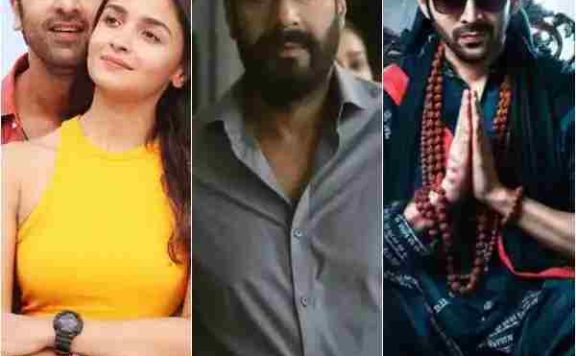