There’s enough gruesome eye candy, and in-your-face action to enjoy in ‘The Mummy’ if you ignore the plot holes and frustrating characters. But the first entry in Universal Pictures’ monster franchise comes across as a desperate attempt by the studio to capitalise on Hollywood’s current world-building frenzy. The amount of effort taken to construct the inevitable sequels is staggering. Admittedly, there’s been some intrigue since we saw the heavily photoshopped picture of Cruise, Boutella and Crowe alongside Johnny Depp and Javier Bardem promising a lot more from the ‘Dark Universe’. But in the absence of quality writing, gripping plots and characters to truly care about, perhaps some monsters are best left buried.

You don’t even need a Russell Crowe to do his thing — swallow the screen — when you are a kick-starting a monster franchise (oh yeah, just wait for it). This must be the only film in which Crowe, after spouting some high-falutin’ rubbish about good and evil, just disappears into the scenery. What we are left with is our hero kicking up a lot of sound and fury, and sand, of course, with the promise of much more of the same to come. Not actively awful, but not a barrel of silly fun either.

It is categorically the worst movie of Tom Cruise’s career. Sitting through it was a pain unlike any other. One can only hope that this awakens something in Cruise, much like Ahmanet, and sends his career down a new path. He’s 54 now. He can’t run forever.

The film also commits the grave mistake of wasting Cruise’s natural charisma by turning him into a set piece that neither adds nor subtracts from the story. It’s probably the first time his presence doesn’t make a lick of a difference to a film. Many have called it the worst Cruise film to date — I would bestow that honour to Cocktail, but this movie comes a very close second.

The first half just works well in setting up the story, and the few funny moments help keep the story afloat.The second half however, completely surprises you with a plot twist: there’s a one more villian who is as sinister as the mummy, who wants to kill all of mankind.Tom Cruise doesn’t get to shine in his action sequences, he barely gets any play with the VFX involved.The story picks up in the second half with the plot twists. The first plot twist keeps you interested in the film, and the twist at the end does a great job of setting up the sequel for the film, with Tom Cruise playing a very different character than what you expect of him.

Nick Morton is a soldier of fortune who plunders ancient sites for timeless artifacts and sells them to the highest bidder. When Nick and his partner come under attack in the Middle East, the ensuing battle accidentally unearths Ahmanet, a betrayed Egyptian princess who was entombed under the desert for thousands of years. With her powers constantly evolving, Morton must now stop the resurrected monster as she embarks on a furious rampage through the streets of London. 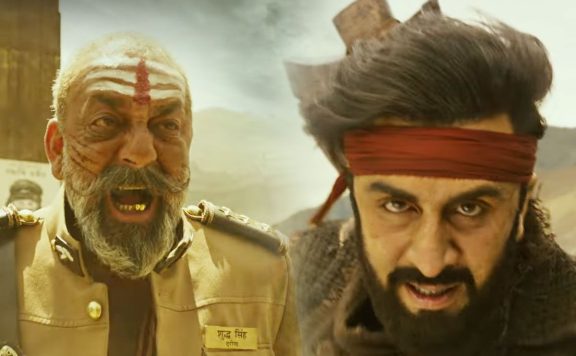