Home » Featured » 10 Wonderful Pictures from Shahid Kapoor and Mira Rajput’s Wedding
Shahid Kapoor got married with delhi based Mira Rajput today morning (July 7th) at an event which only had close friends and family. Here are some pictures from marriage and the sangeet ceremony held the previous night. Also do Check out 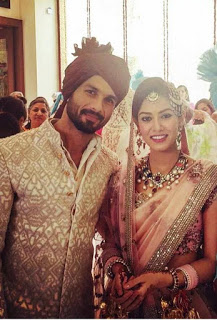 4.) Shahid and Mira watch as sangeet goes on.

5.) Picture of the wedding

6.) Shahid and Mira danced for some of the numbers at the Sangeet and Shahid went down on his knees for Mira. 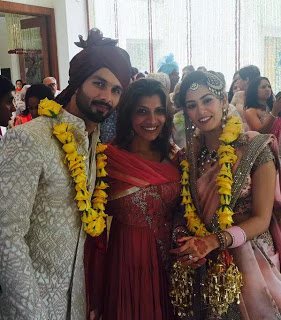 8.)Picture of Mira in the ceremony

Post marriage an after-party will reportedly be held later this evening at The Oberoi Hotel in Gurgaon where the grand ballroom has been booked. 500-odd guests are believed to have been invited, mostly family, some friends and embers of the Radha Soami Satsang to which both families belong.

For his Mumbai based friends Shahid will host a reception on July 12th.
Also Try:
Shahid Kapoor Upcoming Movies 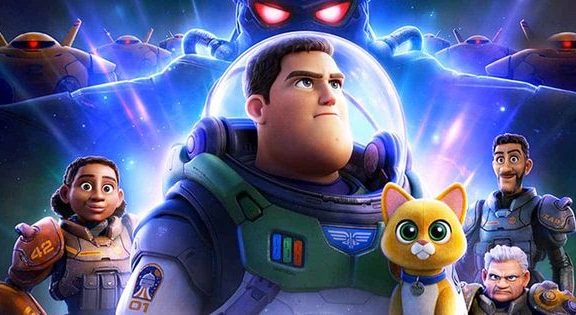