The secret sauce in this movie, however, is Jason Statham, who sportingly has fun with his own image of a typical lunkheaded tough guy.Never a spoof in the vein of Johnny English or the Austin Powers movies, Spy is funny without being campy or foolish. It’s smartly written, and deliciously performed by an A-list cast led by the ridiculously talented McCarthy who never ceases to surprise.

The film could have done with sharper editing, shorter length, and lesser blood, some of which spills over from satire to farce. But you should probably still see it to watch McCarthy hop on to an improvised scooter, topple down with it, and get up swearing, “Who gives the scooter a roof? Are you the Pope?” You may have always wondered why that particular topple doesn’t happen more often. Now you have seen it.

That isn’t to say that Spy is a bad film. But it’s only half a good one.As much as it breaks my heart to say this about a Feig- McCarthy project, Spy would have been a more honest film were it titled Get Smart-ish.

Even better is the blithe feminism that makes Spy feel at once revolutionary and like no big deal. It’s not just that the movie aces the Bechdel test. It didn’t even need to study. The movie isn’t uplifting; it’s buoyant. While Susan at first clearly has a lot to prove – that she’s a skilled professional and a ruthless adversary, everyone else’s doubts to the contrary – Feig doesn’t make her proving it the central arc of the narrative. Instead, he highlights McCarthy’s quickness and unpredictability, her genius for defying logic and decorum. She can be ridiculous and heroic, needy and scary, clueless and clever – in quick succession and sometimes all at once.

Every once in a while, there comes along a spy movie that straddles the line between not taking itself too seriously and not floundering in a soup of slapstick send-ups. Spy, with its female protagonist who looks and behaves like anything but a spy (seriously!) not only carries a feminist torch in terms of attitude, but is also aided by the kind of invective-laden vocabulary that would make a sailor blush. Spy manages to combine humour and intelligence into one really entertaining package.

The thrill of the mission may not always be there, but still Spy is the finest in the Feig-McCarthy collaboration which has earlier given us gems like Bridesmaids and The Heat. More acquainted with McCarthy’s talents, Feig gets the most out of his spontaneous, gifted leading lady whose wit and ability to handle physical comedy makes this her best performance to date. McCarthy is likeable even as she hurls abuses. This is a riotous comedy with women power at its amusing best.

If you are into action comedies and want to laugh on the weekend, this is your best bet! It offers two hours worth of laughter and lighthearted antics that are hard not to enjoy. Plus, take it from us you’d definitely want to find out who Susan Cooper finally ends up with! 😉 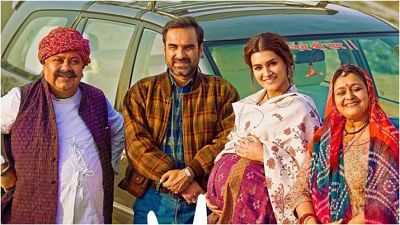