Overall, Director Bennett Miller, after generating the right balance for a tense build up crushes the impact with a rushed denouement. This leaves the viewers in a vacuum. If it were not for the ace actors and their performances, Foxcatcher would have been just another mediocre fare.

The movie shows Mark’s struggle even after he has taken the offer he wanted. It also shows Du Point’s frustration, someone who has family wealth and everything money can buy but he doesn’t seem happy.The end is obviously tragic and done with all the needed drama that keeps you glued to the screen and you walk out disturbed thinking about the tragic real life story. Foxcatcher is a fabulous story of the American dream gone wrong.

I refuse to give away the film’s dramatic twist, for it is a genuinely strong moment and one that comes about truly unexpectedly. This is a major screen surprise and if you don’t know it yet, it is almost enough to make Foxcatcher worth watching. If, on the other hand, you already know DuPont’s story, go look up some thinkpieces instead. In the name of seriousness, Foxcatcher is deathly dull and far too graceless. When all it needed was a director light on his feet.

The Carell-Ruffalo-T trio put in terrific, edgy performances. Tatum thrills in his most mesmerizing performance to date as a hulking man-child who is emotionally stunted. But it’s Carell’s (otherwise known for his comedy roles) impeccable timing that gives his character a chilling, nuanced intensity tinged with hidden homoeroticism regarding his proximity to Mark. Foxcatcher is aided by a powerful script (Max Frye and Dan Futterman) and is based on a true story. The tale is no doubt an unsettling one… and yet, you’ll not want to miss a second.

Foxcatcher is one of those films that need to be seen. You get to see powerhouse acting from Steve Carell. In fact, he has been nominated multiple times for his performance. The dynamics between Tatum, Ruffalo and Carell also keep you captivated. Foxcatcher isn’t just a sports film, it’s a showcase of relationships and human nature. 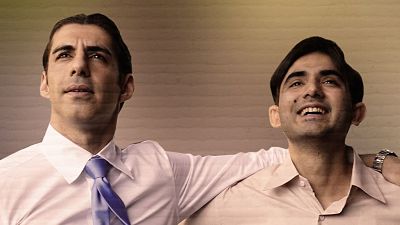