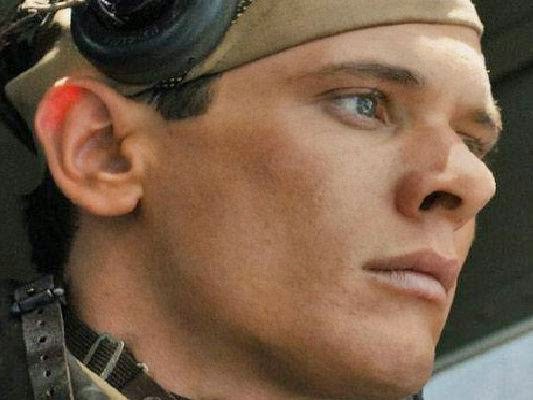 Angelina Jolie’s second film as director, Unbroken, is based on the amazing true-life story of former Olympic runner Louis Zamperini who spent two-and-a-half years as a prisoner of war during World War II. The film has enough plot to fill three full-length features, and Jolie deliberately fashions it as a sweeping epic. But while she succeeds in astounding us with her protagonist’s extraordinary resilience and courage under fire, the film is seldom moving in the manner that an inspiring biopic ought to be.Unbroken is a perfectly respectable film, competently directed and performed. What’s missing is real emotion; I never felt genuinely moved. I’m going with two-and-a-half out of five.

Unbroken’s first half might seem a little vexing but the second one is where the actors’ performances really shine through. One wishes that the focus had remained more on this than on Zamperini’s other remarkable exploits. Unbroken is a good film but with the kind of real-life heroism it is based on, it is a shame that it didn’t push hard enough to achieve greatness.

Unbroken isn’t a bad movie; it’s just safe to a fault. Then it becomes a series of moments — flashes of misery on a boat as we peek in on the men in various stages of decay. It strips the experience of any arc or thrill. Jolie even plops us down in the middle of a violent storm. This should be electrifying to watch and experience along with Zamperini. Instead, she shows him bobbing up and down in the black waves, making a plea with God to get him out alive. For such a high stakes scene, it’s oddly lifeless. Jolie hasn’t done a disservice to Zamperini’s life, but it’s hard to know what she was trying to tell. It’s Zamperini’s story in fact and circumstance, but somehow, he feels like an enigma.

In this moving tale of trial and ultimate redemption, Jolie dutifully paints a harrowing picture of how Zamperini stoically bears it all. But the redemption aspect of the tale is just breezed through. If only we could see how Zamperini pieced together his life after the war. That aside, apart from an engaging screenplay (Coen Brothers), cinematographer Roger Deakins’s frames are vivid and powerful and Alexandre Desplat’s score augments at optimal moments but thankfully, never overwhelms. O’Connell and Ishihara bring a stunning sense of realism to their roles, which is a great reason why you’ll want to watch this movie.

Unbroken is one of those movies that tell a story about a man and his spirit. That is the biggest reason to watch this movie. To quibble over the way the story is told is fine. But you need to remember that these stories have to be heard and told, so that you remember the men and women whose sacrifices kept the darkness away. Watch the movie and try to think about the true cost of war. That should give you pause.